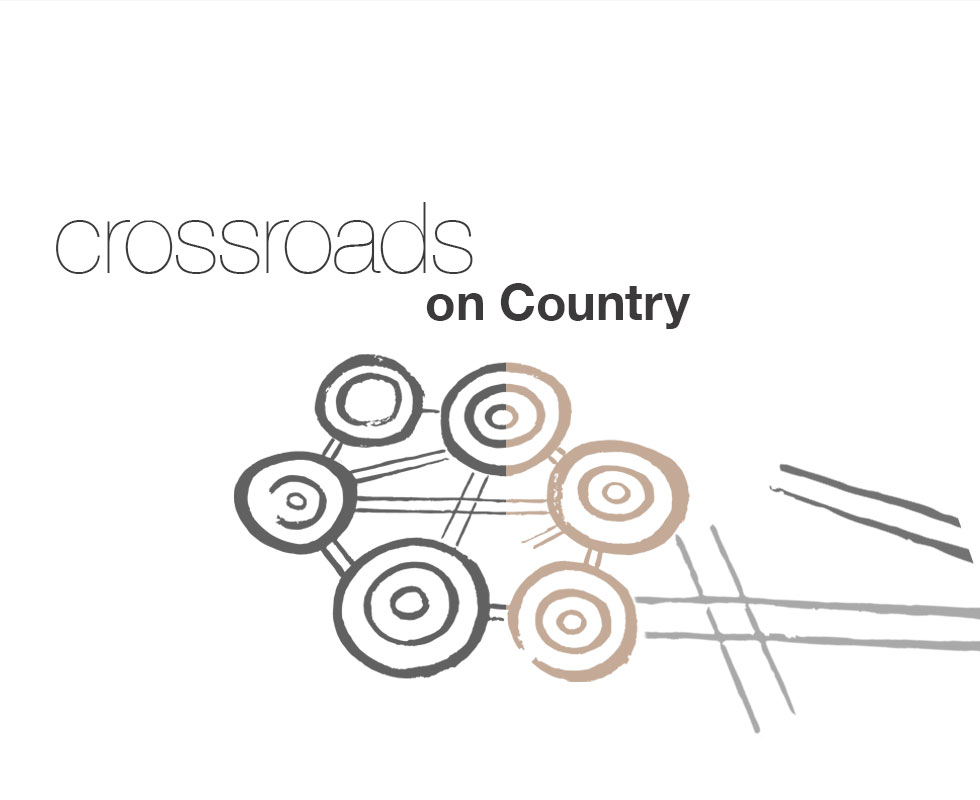 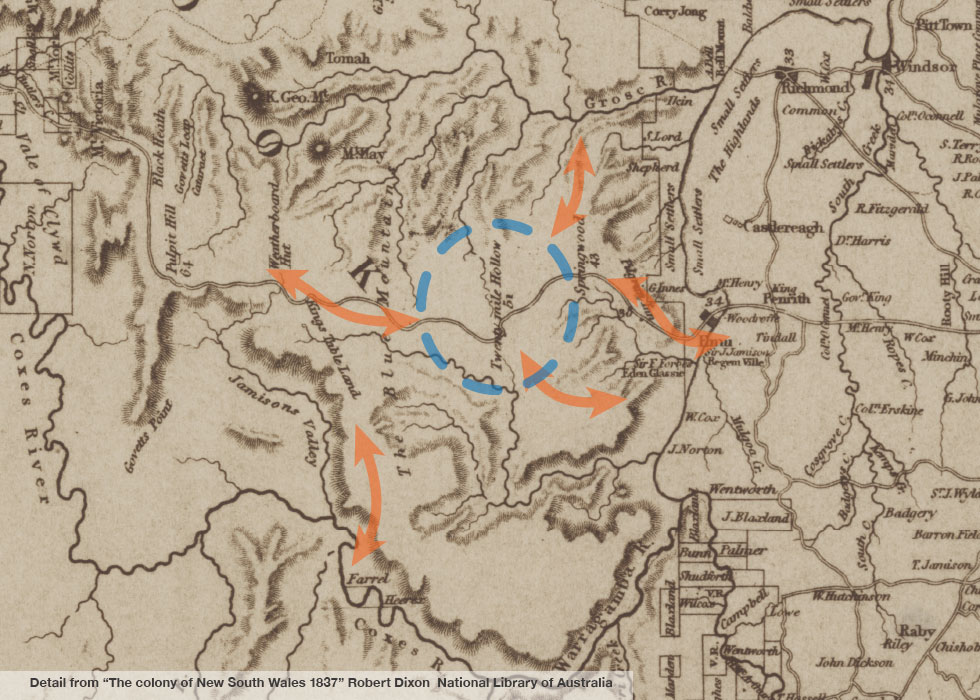 Looking at the landscape view of the central Blue Mountains in 1837, it is apparent that 20 Mile Hollow was originally positioned as a natural crossroads in the mountains landscape prior to the construction of Coxs Road in 1814.

Just as the new road alignment reflected an ancient east-west flow of Aboriginal people across Country, so too were north-south transitions influenced by the way in which ridgelines rising from the Grose River in the north and Bedford Creek in the south converged in the broad expanse of broken ridgetop country centred around the place Europeans called 20 Mile Hollow. 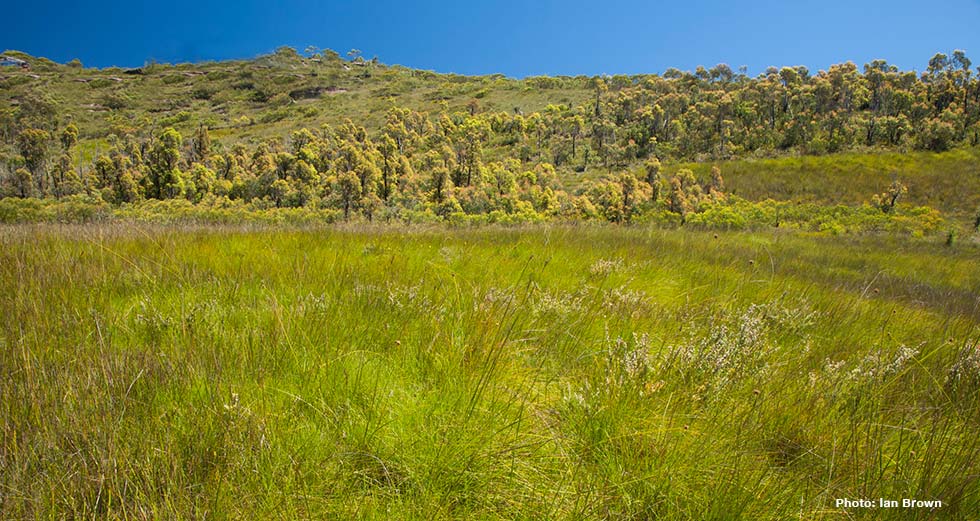 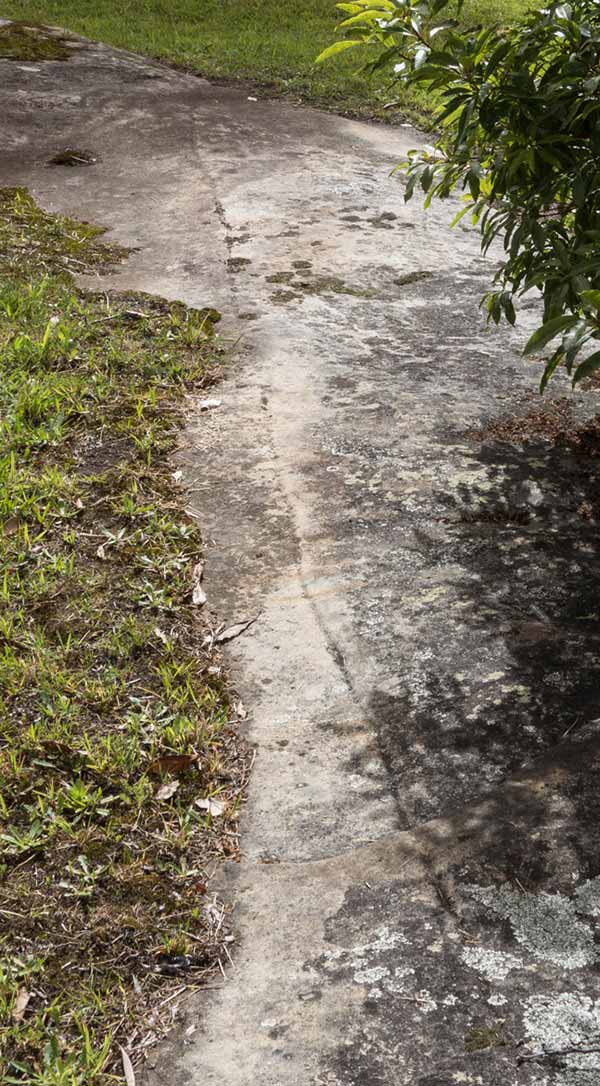 Aboriginal people may have referred to this locale as Kira – a word taken to mean “beautiful place”. The mid-mountains may have been an important ceremonial zone.

The only known evidence (physical or documentary) of past Aboriginal links with 20 Mile Hollow is the rock engraving behind the Academy (10m long groove).

This has been assessed by several archaeologists as most likely Aboriginal in origin. However the wider precinct is richly endowed with other sites including rock engravings, cave paintings, grinding grooves, stone arrangements, shelters and occupation sites.

The density of sites in the precinct and mid-mountains generally suggests the area was well used by Aboriginal people before colonisation. 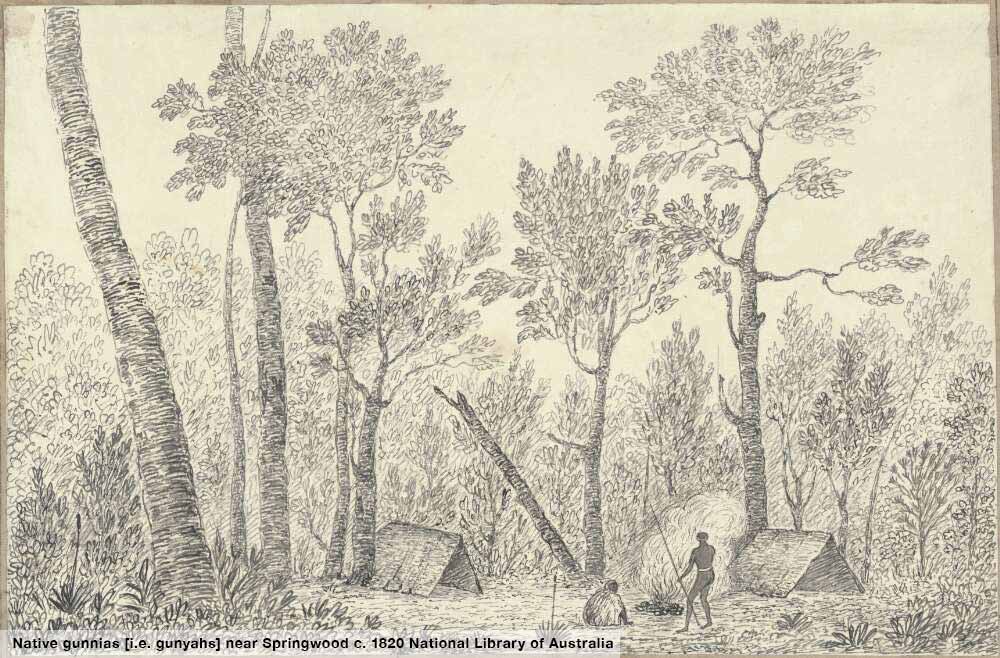 "By making a 'gunya' or 'place of shelter' in case of bad weather (In fine weather the Blacks provide merely three forked sticks, so set up as to support one another, and placing boughs of foliage upon these their gunya is made for the night – Of course this temporary shelter is always to windward of the fire and they enjoy their ‘otium’ under its lee – But in seasons of rain or cold, these habitations are formed of Bark which are made larger or smaller according to the desire of the individual, or the extent of his family." William Govett, c. 1830.

The human history of Woodford Reserve has been driven by the physical and ecological setting.

The reserve, as 20 Mile Hollow, occupies a significant feature in the local landscape. Prior to extensive modification through the many waves of European use, it would have been typical of a number of similar swampy basins in the headwaters of creeks scattered along the central ridgeline of the Blue Mountains Range.

Indeed, these particular basins seem to be distinctive to this area, but many have been eliminated or highly disturbed by ridge-top development since 1813.

These swamps were the most reliable sources of surface water along a ridge-crest that was mostly devoid of such. The hollow-swamps occur as a consequence of the local geology and topography. Geology is paramount, as it gives rise to topography ... more

There is little direct evidence of the specific Aboriginal history of the Woodford area, but much can be inferred from what evidence there is and information from the wider Blue Mountains and beyond.

Dispossession spread rapidly from the initial colony at Sydney, and proceeded apace in the Blue Mountains after the 1813 ‘crossing’ and subsequent road construction.

The water source and swamp in Woodford Reserve was very likely an Aboriginal place from which they were dispossessed when first James and then Pembroke occupied it, if not earlier.

It is not known if it had special significance but it was part of Country with deep connections to the identity of local Darug and/or Gundungurra people.

This dispossession was part of the wider dislocation of Aboriginal people across Australia. ... more 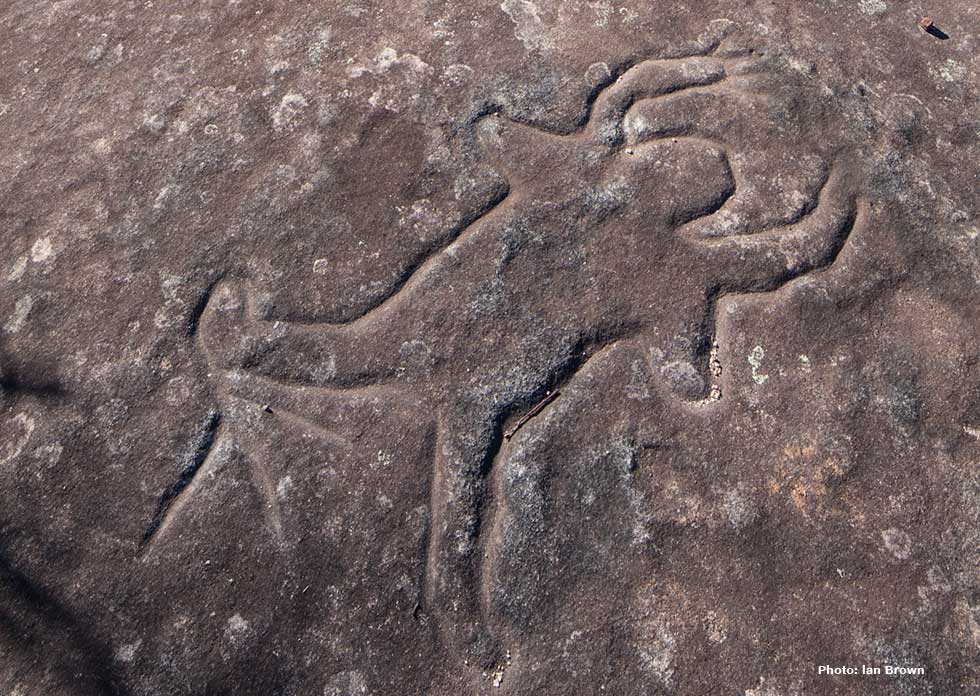