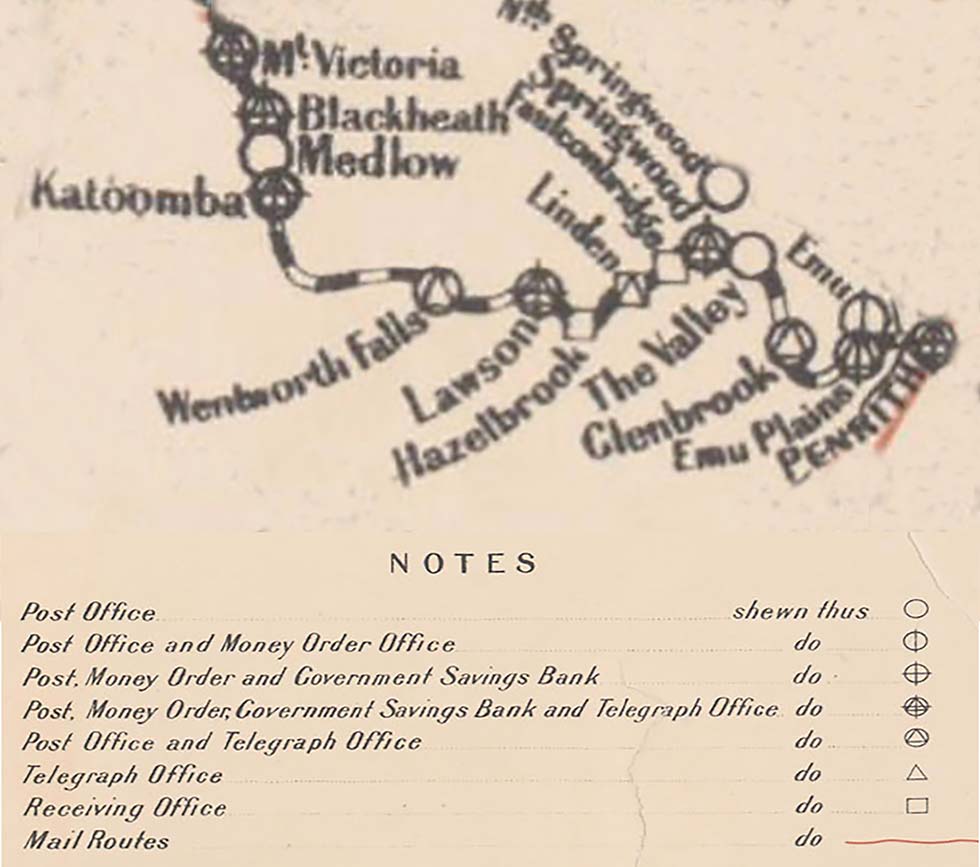 The above 1894 map of post and telegraph offices across the Blue Mountains shows one notable omission – Woodford.

This tells us a lot about how the precinct had developed over the previous 25 years since the arrival of train travel to the region. When an atlas of New South Wales was printed in 1872, Twenty Mile Hollow was one of only three locations shown between the Nepean River and Weatherboard (Wentworth Falls).

Twenty two years later ten locations were shown on the postal map for this same area and Twenty Mile Hollow / Woodford was not one of them.

Part of the explanation for this lies in the effect that the consolidated land holdings acquired by Alfred Fairfax c. 1870 had on the precinct. This limited the development of a community hub at the location and so consequently there was no need for a post office to be opened there.

The sale of the Fairfax property in 1897 triggered a surge in subdivisions and urban development for the nascent village of Woodford.

This was summed up by the Blue Mountains Echo in 1909 when it noted that “On the northern side of the line which formerly only boasted Woodford House and a fettlers cottage, there are now [in addition] the Post and Telephone Office, Wilsons Store, the pretty Methodist Church, Holme-Lyn Boarding House, the imposing residence, 2 lodges and weatherboard cottage belonging to G. J. Waterhouse and ten other residences.”