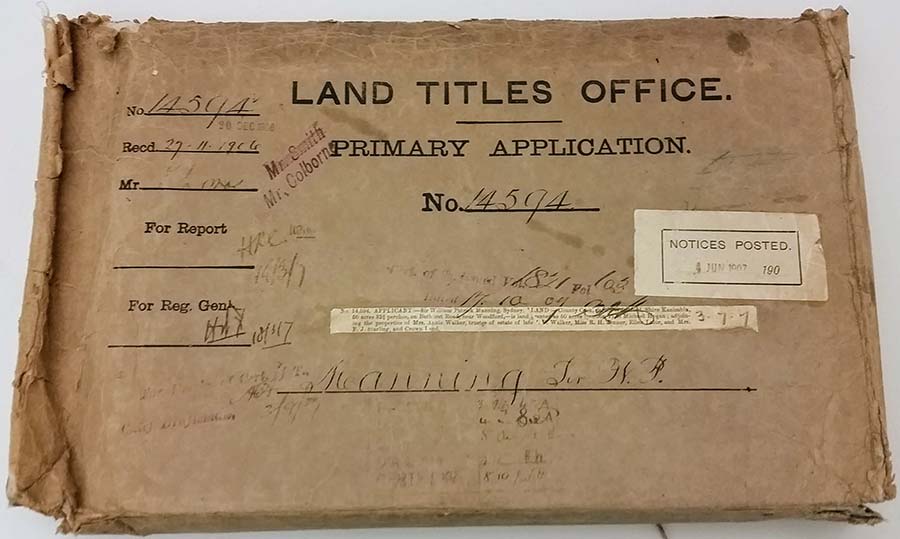 As well as having Woodford House and the land as status befitting a gentleman’s privileged estate, Alfred Fairfax capitalised on his asset.

Like the unfortunate Pembroke before him Fairfax used his land to raise loans and mortgages to finance his mining and steamship ventures.

It is during this period that Portion 1, County Cook, takes on a role as a player in the complex financial dealings of the late 1800s financial markets of the British Empire.

“Primary Application No 14594”, maps this complexity and the players involved. This Fiscal Genealogy was initiated in 1907 by the astute businessman, and former Mayor of Sydney, Sir William Patrick Manning, to clarify the ownership. Portion 1, Woodford, Main Western Road, was converted from the detailed system of title deeds listed in large volumes stored in dusty basements, to a Certificate of Title system.

The process entailed locating the full chain of deeds dating back to the first owner. The Application document is a thorough list of all owners, financiers and interested parties from the time of Thomas Pembroke to Sir Manning. This list of names reads like a who’s-who of political and financial movers and shakers of Sydney in the late 19th century.

Alfred’s Uncle, John Fairfax, was a foundation director of the Australian Mutual Provident Society, and in the 1860s a director of the Sydney Insurance Co., the New South Wales Marine Insurance Co., the Australian Joint Stock Bank and The Australian Gaslight Co. and a trustee of the Savings Bank of New South Wales. The AMP lent his nephew the initial funds to purchase the Woodford land and this loan was acquitted and remortgaged by an interconnected stable of local and international investors.

The Hon Louis Hope was the seventh son of John Hope, fourth Earl of Hopetoun, and a major figure in establishing the colony’s sugar industry.

This may have been the source of the stories and associations between Woodford Academy and Lord Rosebery. While it is true that the future English Prime Minister did visit Australia in 1883 it is not known if he visited Woodford.

To put the 90 acres Woodford acquisition in perspective this is an 1895 report of the Empire’s landholdings; “During his colonial tour in 1887 the late Earl of Carnarvon acquired yearly 300,000 acres in West Australia, the whole of which are ‘still in the family.’ In the same colony the Duke of Sutherland owns 200,000 acres: the Duke of Manchester 160,000 acres; and, Lord Bradby 10,000 acres; while Lord Denbigh and Lord Win Chelsea are large landholders in Queensland. It’s more generally known that both Lord Sherbrooke and Lord Rosebery draw a substantial addition to their income from ground rents in the city of Sydney.”

On the 17th October 1907 Sir Manning sold the property to David Flannery, who promptly mortgaged it back to his brother-in-law - William Manning. It should be noted that Manning had come to this position by being the “last mortgagee standing,” exercising his right to sell the property after the other mortgagees had died and Alfred Fairfax had defaulted on his mortgage. 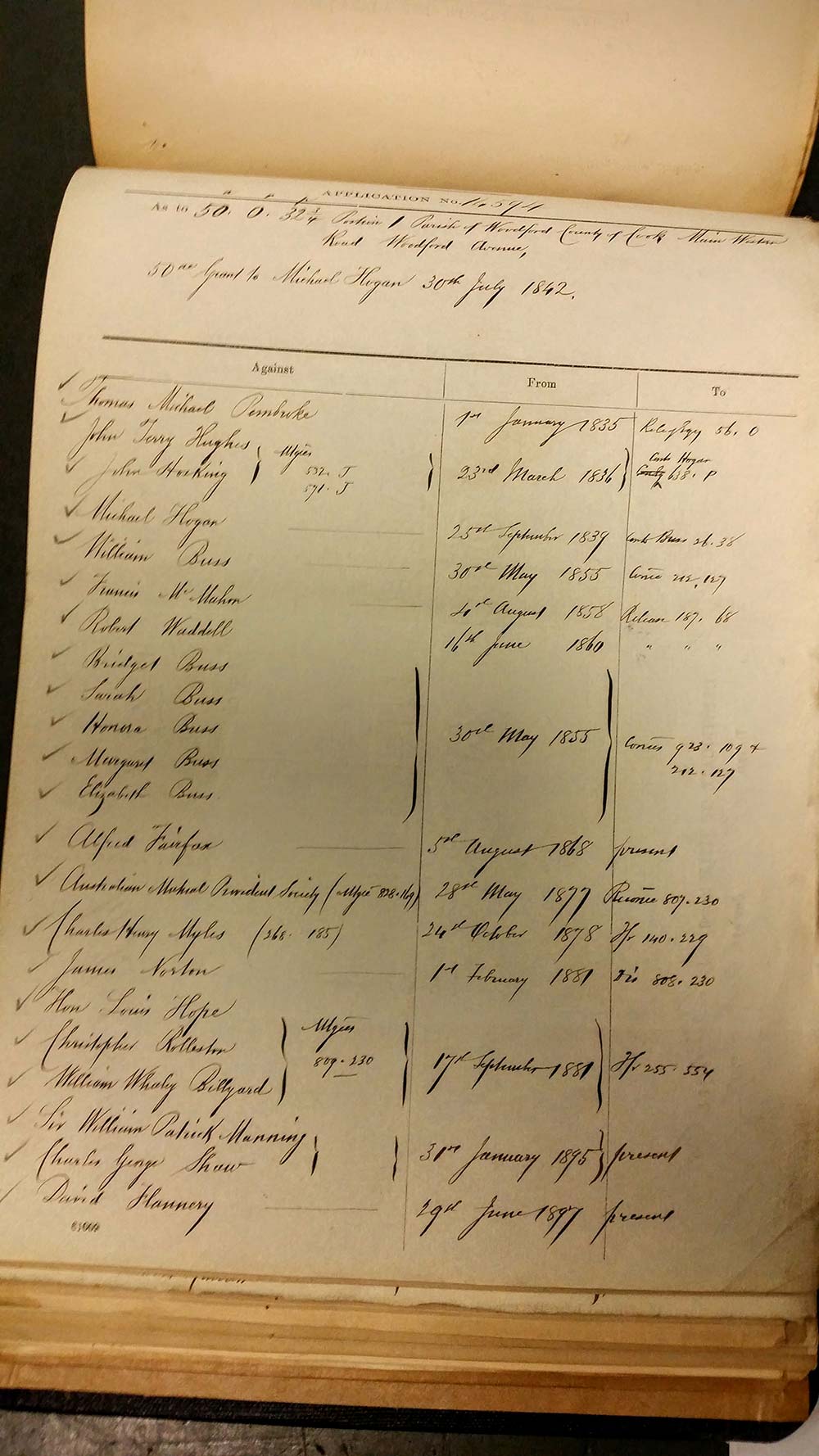