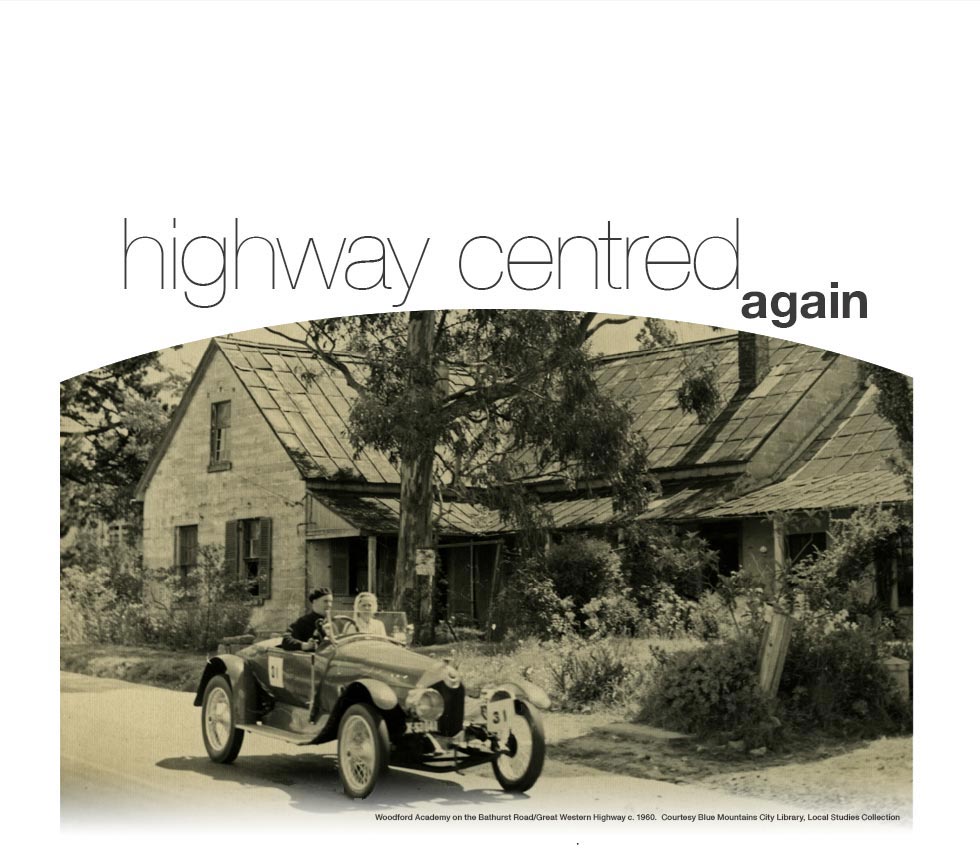 So what became of the Western Road across the mountains in the immediate decades following the opening of the railway in 1867?

While the road had constantly struggled with complaints over its poor condition during the years it was the main arterial route across the region, things got worse once the railway came along.

The lack of road maintenance was all too apparent to a cyclist travelling from Bathurst to Sydney in 1888. 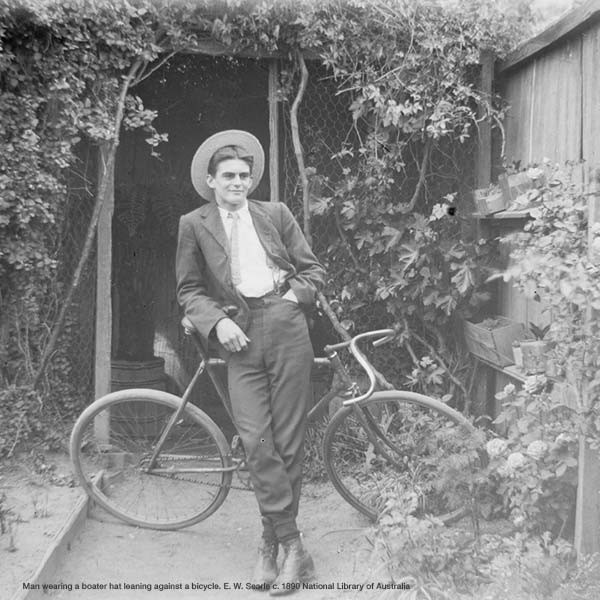 In a letter to the Sydney Morning Herald he focussed on the road section “between Lawson, Woodford and onwards for some eight miles”. Having cycled resolutely over a variety of conditions since leaving Bathurst, it was only from Lawson onwards when things became “truly beastly”.

“Oceans, or rather deserts of sand, out-rivalling in the sunken wheel tracks the ruts of carts ... with outcrops of jagged rocks and boulders prodding their heads above the sand."

While the road was improved outside of Woodford House where he spent the night thanks to logs being laid like the ribs in corduroy material across the road, the next section saw his front wheel hit a billow of sand that left him upended and trembling over a 20ft precipice.

According to the locals at Woodford House the problems arose as “We have no member of Parliament living about here”.

Within just months of the Gallipoli landings of 25 April 1915, wounded servicemen were being repatriated to Australia.

With the 50 patriotic families of Woodford organised into a voluntary aid detachment of the Red Cross, the Davids gave over their country home immediately to the west of the Woodford Academy to serve as convalescent home for 12 men.

In order to help transport the wounded men to and from the railway station and to also take them on excursions around the local area, Lady Cara David purchased a Dodge Tourer car especially for the purpose and got her daughter Mary to learn to drive it.

The event was vividly recalled by Mary in her book of reminiscences published in 1975. 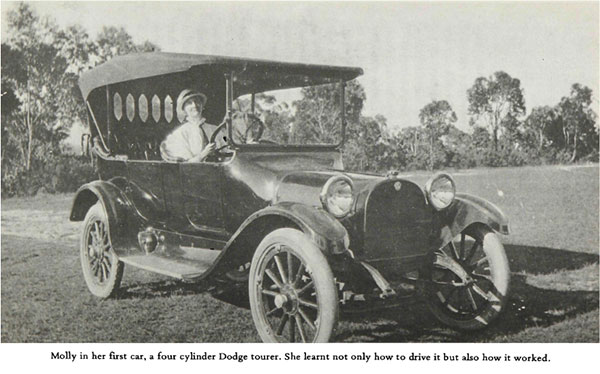 Given the forceful nature of Cara David, it is likely that she would have been an advocate for improving the quality of the roads in the small Woodford Village.

The village by this time also had some additional political clout as Mary described it in the presence of “a wealthy local resident who had recently acquired a limousine”.

Coupled with the other resident vehicle in the village which was available for hire but not always available, Woodford hence boasted three motor vehicles by the end of the First World War in 1918. 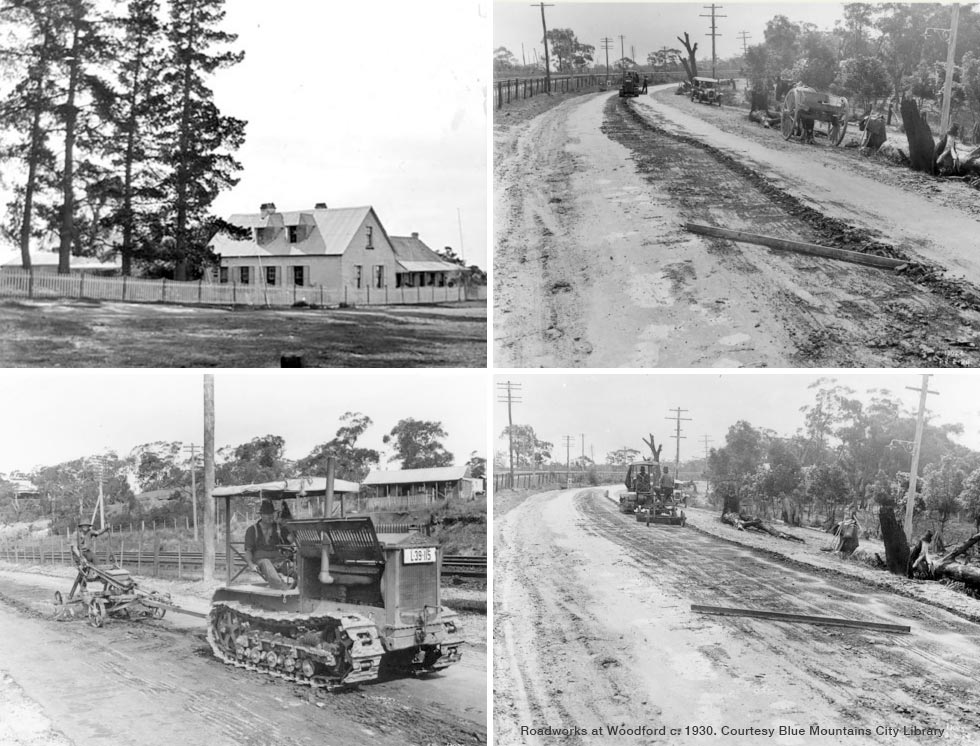 By the mid 1920s, the need to upgrade the condition of the main roads across NSW was a pressing political priority.

A Main Roads Board was eventually established in 1925 and political jockeying to determine their immediate priorities commanded the attention of many local governments across the state.

Some like the Blue Mountains Shire felt they may be disadvantaged by having been proactive in their investments to date.

As Councillor John McManamey – owner of the Woodford Academy – wrote to the Daily Telegraph in 1924, the Shire had recently appointed a roads engineer to oversee an annual budget of £15,000 and also the operations of a new road base quarry.

In addressing this issue in the following year, the Roads Minister Mr Henderson acknowledged that there was no denying the national importance of the Western Road and that its upgrade would be one of the first works undertaken by the new Roads Board. 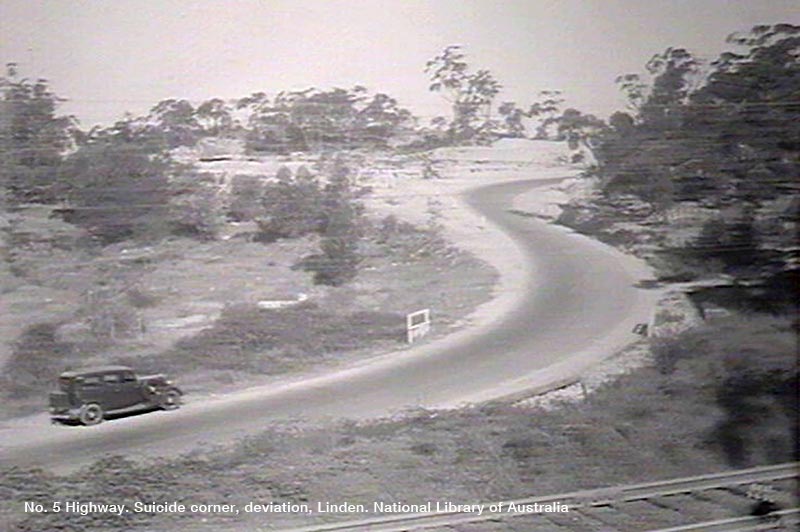 His comments also reflect one of the first uses of the term “Great Western Highway” in relation to the historical access road across the Blue Mountains. 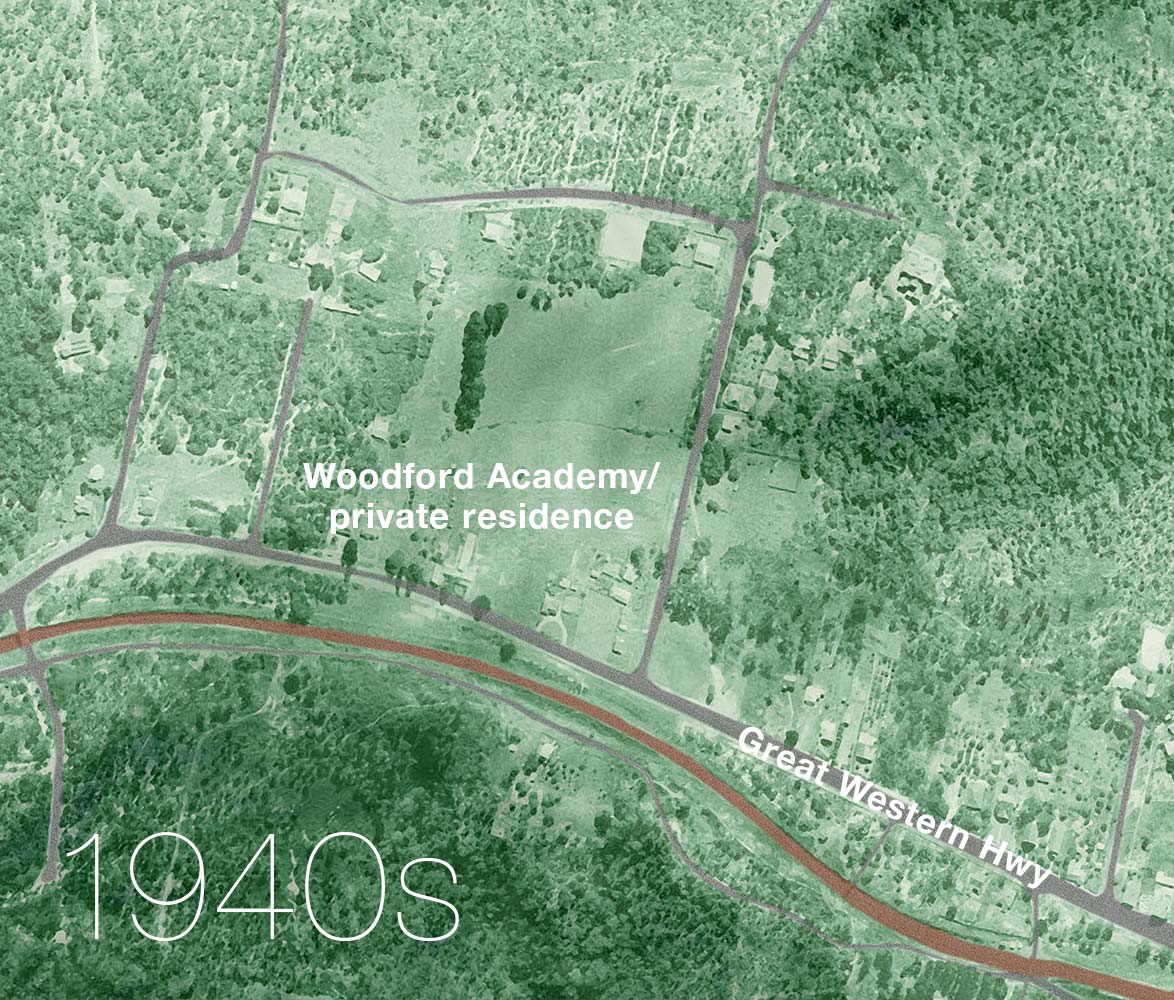 The end of the Second World War in 1945 marked a turning point for heritage conservation in New South Wales. As enthusiasm for the post war construction and engineering boom spread, so too did a concern over the loss of natural and cultural heritage assets that could be destroyed in the process.

This awareness is marked locally in a letter Isobel Bowden sent to the Sydney Morning Herald in July 1947. In this she notes that a bulldozer had gone and graded disused sections of the old Coxs Line of Road just to the east of Woodford, destroying in the process old pick marks in the rock workings there. In her letter, Isobel asks “Would it not be possible to preserve this beautiful point with its historic associations with a great undertaking for generations still to come?”

With this question being asked in many different settings around the state at that time, the formation of the National Trust of Australia in that same year (1947), was the start of a major widespread program to conserve crucial heritage assets that might otherwise be lost to development.

While the Trust’s dominant focus was on heritage buildings, it also was vitally concerned with natural heritage conservation. Its activities over the following years not only helped protect important properties but it also played a central role in the passage of the National Parks and Wildlife Act in 1967.

This specifically resulted in the inclusion heritage places like the Hill End Historic Site under the management of the new National Parks and Wildlife Service. 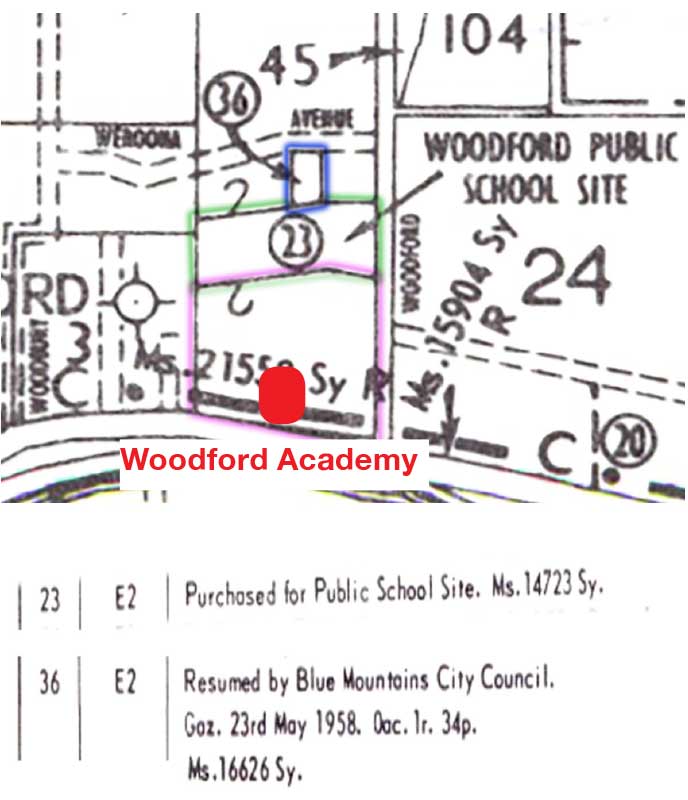 The 1970 Woodford Parish map tells us much about the changes that had occurring around the core buildings of the Woodford Academy by that time.

The tennis court on Weroona Avenue built by the Waterhouses c. 1909 was then in Council ownership having been resumed in May 1958.

The northern 4 acres of the 12 acres of grounds purchased by John McManamey in 1914 had been sold to the Department of Education by his daughter Gertrude McManamey.

Further changes to the parish map were needed in 1976 when the Ms McManamey then sold a further 4 acres of the Woodford academy “backyard” to the Blue Mountains Council in order for a public reserve to be created there. This step was a major investment in the long term conservation of this crucial heritage landscape. Protection of the Blue Mountains oldest building itself came three years later when Gertrude bequeathed her remaining land holding of just under an acre to the National Trust of Australia.

This portion of land fronting the Great Western Highway contained the Woodford Academy array of buildings together with their immediate grounds. Gertrude continued to live in the Academy until two years prior to her death in 1988.

The Woodford Academy, a National Trust property, is the oldest surviving complex of colonial buildings in the Blue Mountains and is of state heritage significance.

Built originally as an inn in the 1830s, the property has had a multi-layered history, also operating over the years as a gentleman’s residence, guest house, boarding house and from 1907-1936 under the ownership of John McManamey as a private school – Woodford Academy. Bequeathed to the National Trust in 1979 by John McManamey’s sole surviving daughter Gertrude, the Woodford Academy is today a museum that offers a unique glimpse of colonial life in the Blue Mountains.

It is rare for such a large establishment as the Woodford Academy to have survived intact, through the many, often rapid developments that have occurred since the original building was constructed in 1834. Prominently located on the Great Western Highway, a key transportation route since the early colonial days, the Academy’s survival can partially be attributed to each of the successive owner’s vision for the complex, many of whom altered, extended or repurposed the building.

The built fabric of the Woodford Academy as it stands today therefore provides a rare, unique insight into the lifestyles of the people of the growing colony, marking many milestones of development in contemporary Australian history, culture and social priorities.