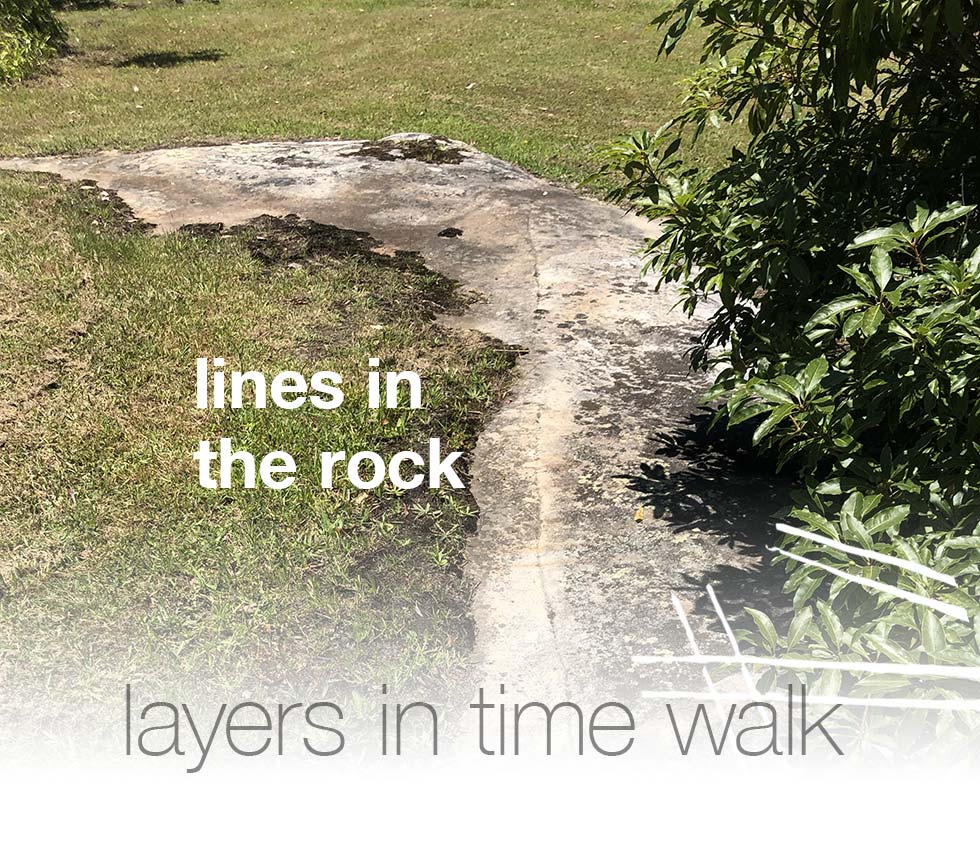 The 10m long etched line across the exposed rock platform here is a precious part of the human story of this place.

This has been assessed by several archaeologists as most likely being Aboriginal in origin. It is the only known evidence (physical or documentary) of past Aboriginal links with 20 Mile Hollow. The wider precinct however is richly endowed with other sites including rock engravings, cave paintings, grinding grooves, stone arrangements, shelters and occupation sites.

The density of sites in the precinct and mid-mountains generally suggests the area was well used by Aboriginal people before colonisation.

It is thought that the Woodford precinct represents a ‘crossroads’ area where travel routes along main ridges from the north, south, east and west came together, and that the mid-mountains may have been an important ceremonial zone.

In recognition of the cultural significance of this place for Aboriginal people, artist Chris Tobin created this artwork for display here in Woodford Academy. 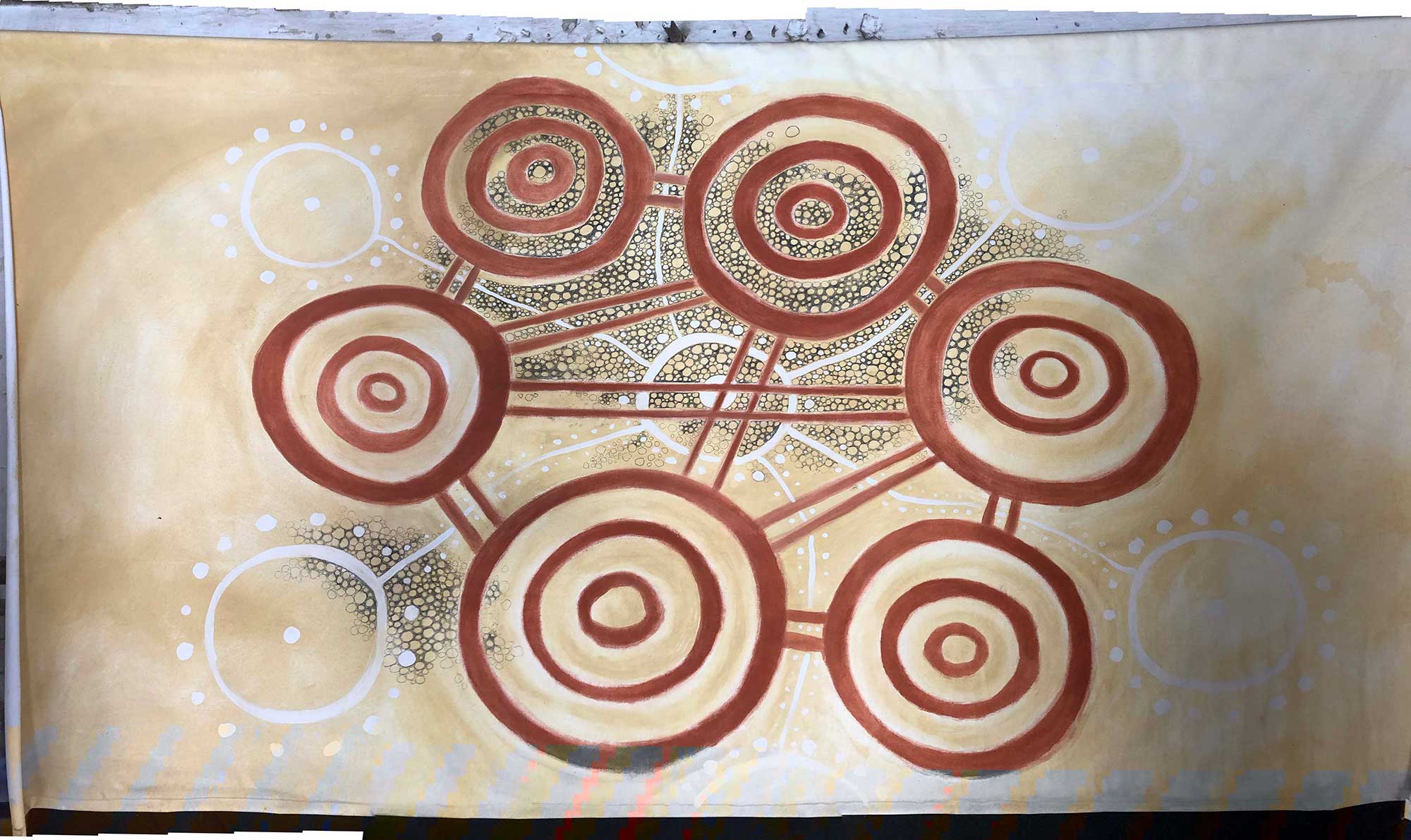 The circles and the lines linking them portray the connections between the six Aboriginal language groups that care for Country across the Greater Blue Mountains World Heritage Area. The white lines represent springs on Country. They remind us how we all drink from the one water and of our responsibility to care for it.

While many of the exposed rock surfaces that were once in place around the Woodford Academy have today been covered up by sediment, some are still in place showing a striking legacy of the time when students boarded at the Academy.

Confident that the Woodford Academy boys would go on to leave their mark in history, the school rector John McManamey encouraged his students to carve their mark in the school’s desks and exposed sandstone rock platforms. 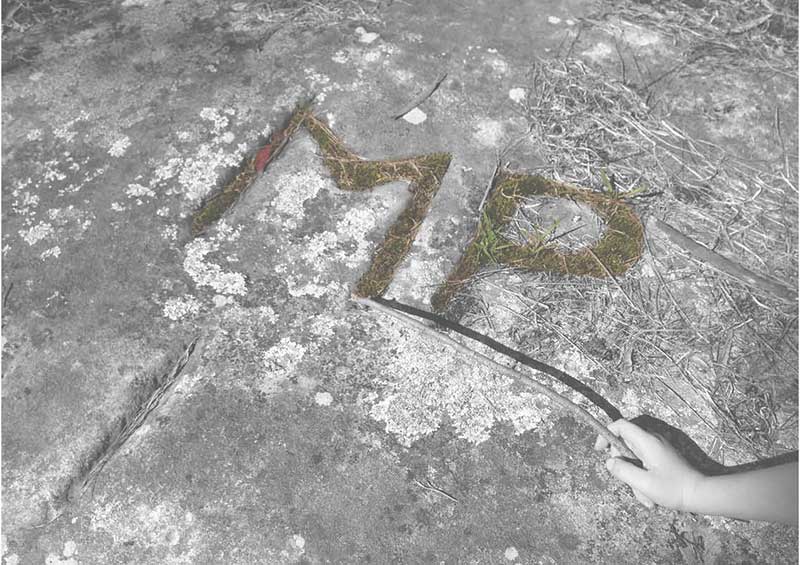 Sadly these mementos would go on to become epitaphs for six of the 56 Academy old boys who volunteered for duty in the First World War. The names of all who served was recorded in an honour board affixed to the wall of the school dining room.

In recognition of the significnace that leaving a mark in time had played in the story of Woodford Academy, a special event was held in June 2014 to construct a new footpath connecting the Academy with the Woodford Reserve – the school's playground from 1907 – 1936.

Supporters of the Academy past and present were invited to make their mark in history by engraving their initials into the new footpath. Today this feature stands as a recognition of the important role that marks in the landscape play in the human story of 20 Mile Hollow. 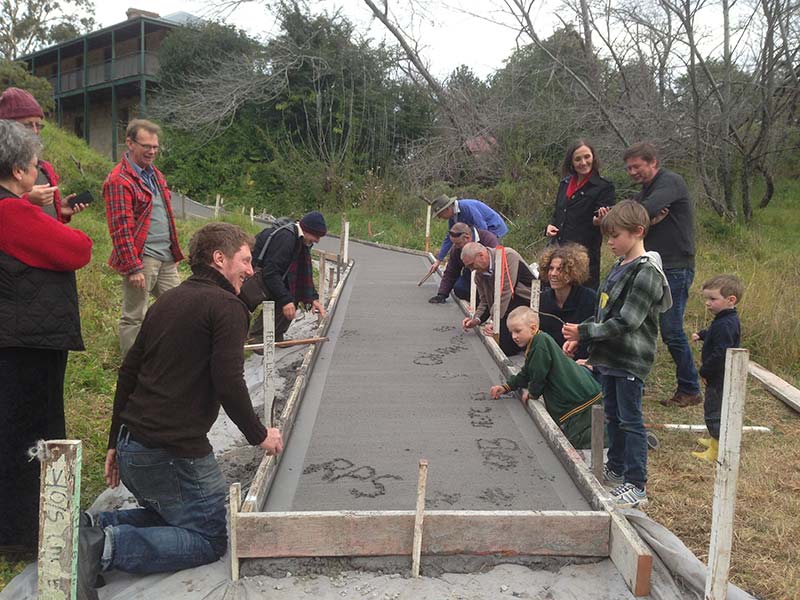