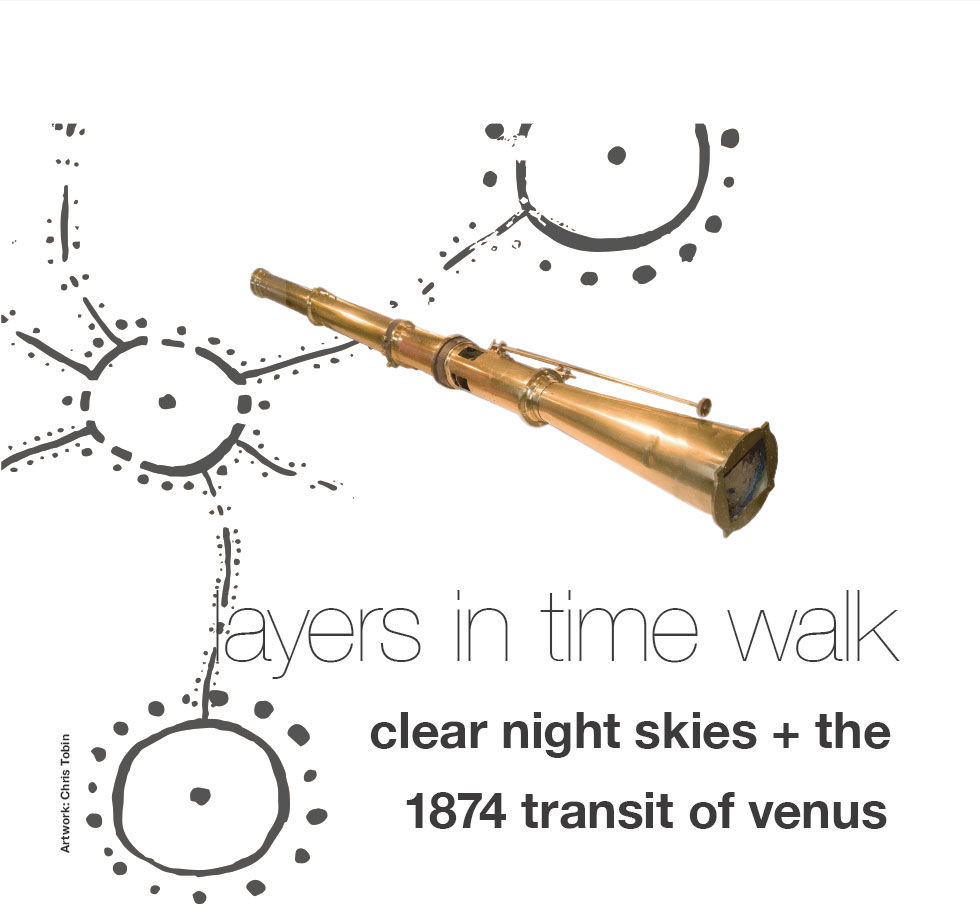 The clear night skies in the Sky Country above this part of Ngurra held great meaning for Darug and Gundungurra Traditional Owners, with the telling and retelling over eons, of the intricate entwined relationships between the ancestral beings of the sky, land and waters.

Though this unobstructed view of the Sky Country would have been similar throughout other parts of Ngurra, this clear view would have changed on the plains to the east due to the settlement of Europeans.

It is likely that this same change is what led European observers of the night sky to seek elevated points, for clearer views such as that on offer here.

Soon after Alfred Fairfax purchased Buss’ Inn in 1869, he renamed it Woodford and converted it to his country residence. By 1872 he had commenced making astronomical observations in the mountain air.

When the Government Astronomer Henry Russell, selected Woodford as one of three regional observation posts to record the Transit of Venus on 9 December 1874, a bush observatory was set up here on the 10 acre block of land newly acquired by Fairfax immediately west of his main property. 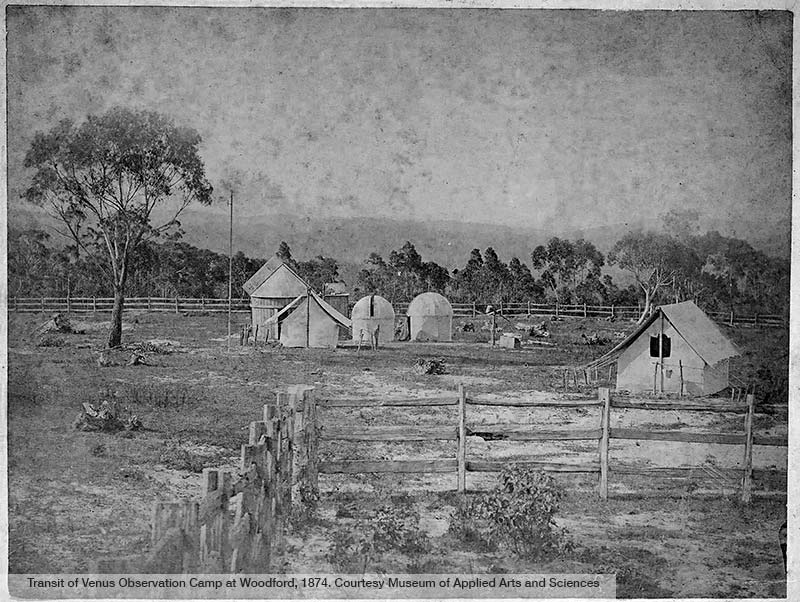 This was this purchased by Sydney Observatory and sent to Australia in 1874 along with attachments to photograph the Transit of Venus at the Woodford residence of Alfred Fairfax. It was among the first to be used for astronomical photography in Australia. 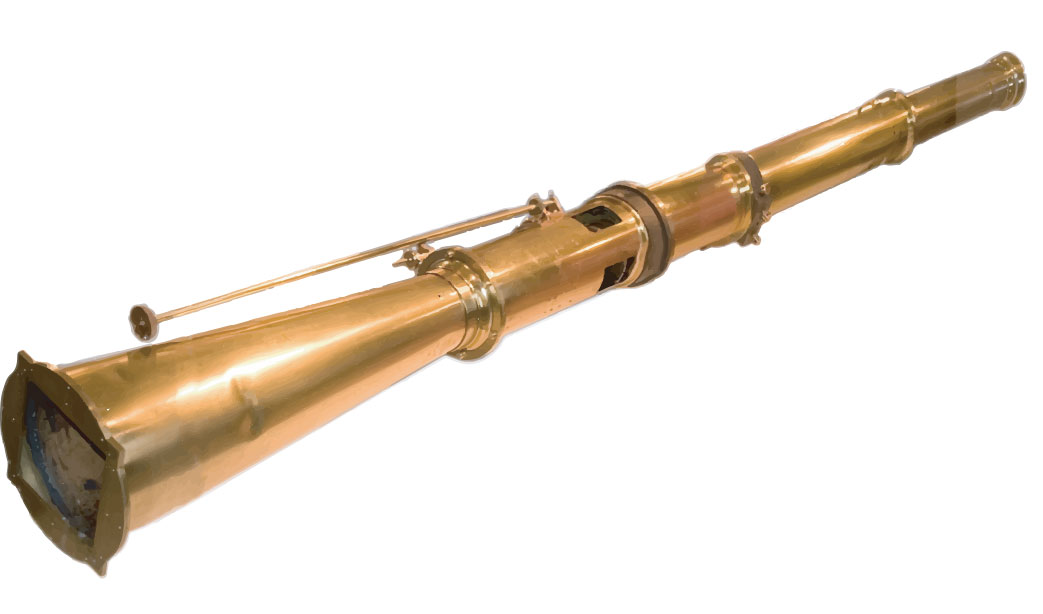 A book on the 1874 Transit of Venus published by the Sydney Observatory in 1892 included a photograph listing many of those involved in the project.

H. C. Russell and members of the Woodford team including Alfred Fairfax are featured here in this edited compilation. 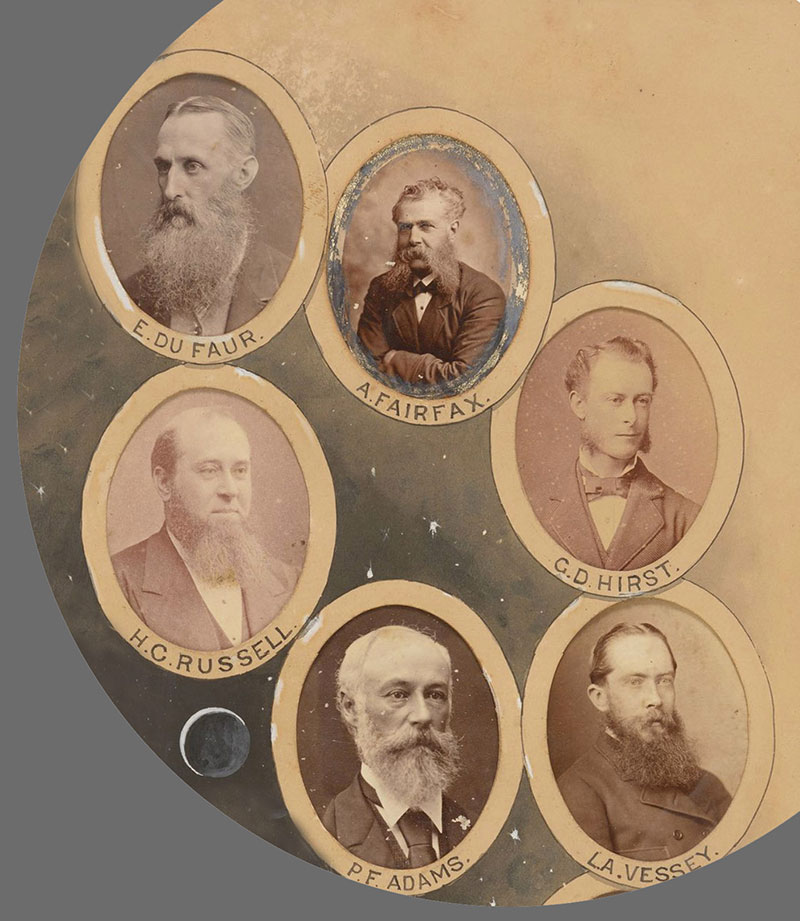 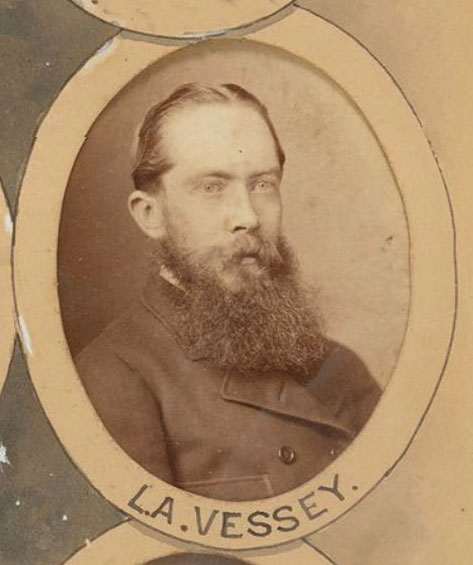 Two weeks after the Transit of Venus observations at Woodford on 9 December 1874 a bushfire threatened Woodford and came close to destroying the bush observatory. The event was recorded by Leonard Vessay in a Christmas letter to his mother ...

The day before yesterday, the 23rd, was the most exciting I have ever had. A large bushfire was raging due west of us the night before and in the morning I was wakened by the tent flapping in the wind and on turning out found to my uneasiness that the wind was from the west.

This would be a “hot wind” in Sydney and I knew it would probably increase to a gale before the day was out. To be brief, for I have not much time, at 12 o’clock the fire came up, and the flames were leaping 50 feet high and only 100 yards from the observatory with perhaps 700 pounds worth of instruments in it and in the camp close behind.

Mr Fairfax’s stable 200 yards behind me caught fire and it took everybody away to endeavour to extinguish it. I had scarcely a hope of saving anything and had still less when a building on the hill above and abreast of me caught fire and a rope lashing over the observatory burnt through and fell at my feet.

The roaring of the fire, the heat and smoke and the wind were fearful and twice I sluiced myself with water.

I fairly said Kismet once and was nearly throwing myself down and letting the fire have its way, but I soon recovered and put out the fire and by four o’clock was able to make a round of the camp and fencing, see the damage done and get some grog and grub.

I suppose about 50 pounds will cover the damage, 15 pounds of this falls on the government. Our man did wonders and but for him Mr Fairfax’s loss would have been heavy probably even his house would have been burned to the ground. 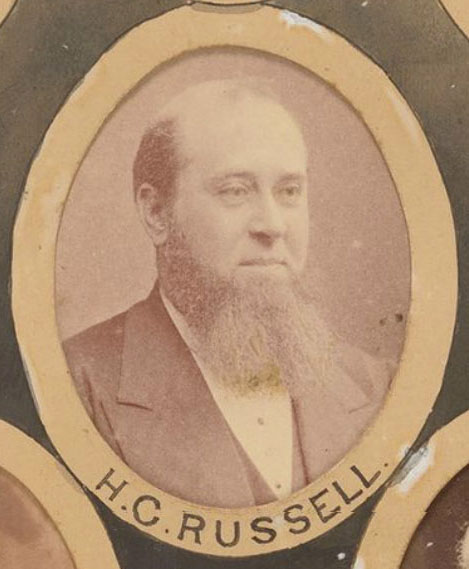 While the 1874 observations of the Transit of Venus at Woodford comprise a major landmark in Blue Mountains history, it was of little broader scientific significance in the overall international project to observe the transit from many different places across the globe.

It was left to a series of observations made at Woodford in 1878 to etch this location’s place into the annals of astronomy.

It was in that year, closely watched by his colleagues in America, that Henry Russell undertook a series of observations to provide precision, calibrated test results assessing the then understood value of taking astronomical readings at altitude rather than at sea level.

He later noted that: “the gain which I have described was clearly owing to the fact that we were 2200 feet higher. Could one but look through a vacuum, many a question that takes years of patient labour to answer would be decided in a single glance.”

In this it could be said that his 1878 work at Woodford prefaced the placement of new observatories in high mountain areas as well as the launch of the Hubble telescope 112 years later to operate in the vacuum of space.