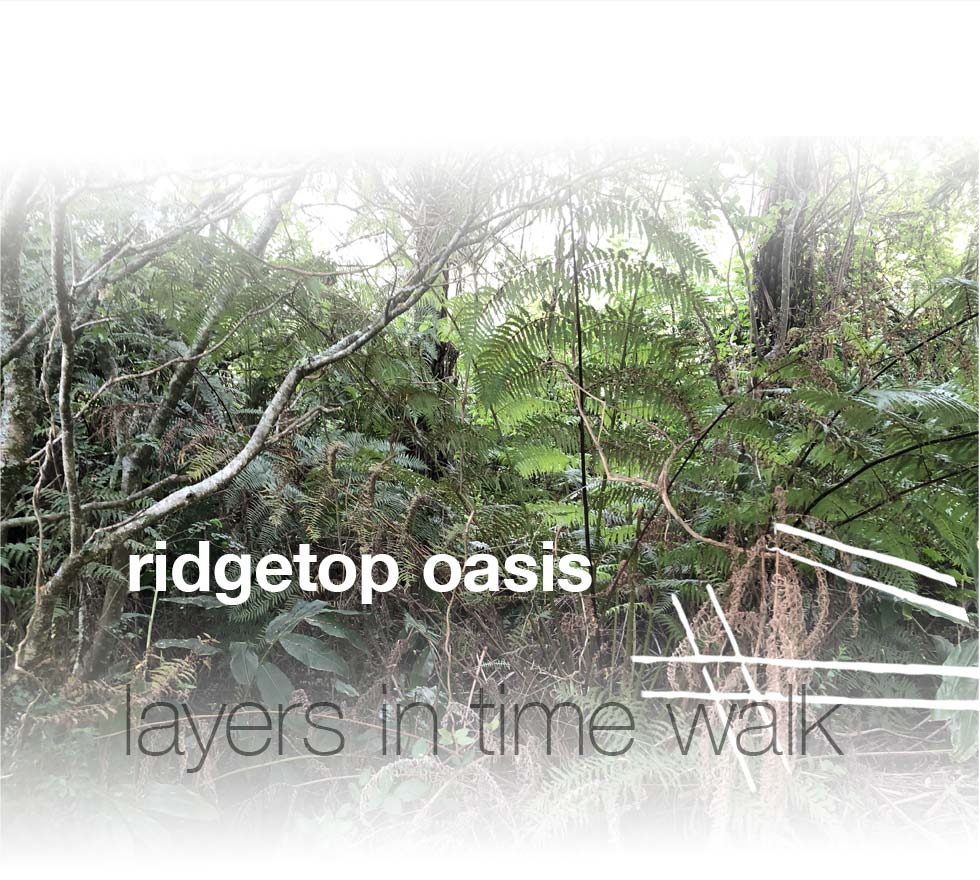 Looking into the creekline here below the spring at the head of 20 Mile Hollow today it's easy to imagine the water draining through this place.

The regenerating bush along the creek edge is full of ferns and soft leaved plants not usually found along the dry barren ridges of the Blue Mountains. 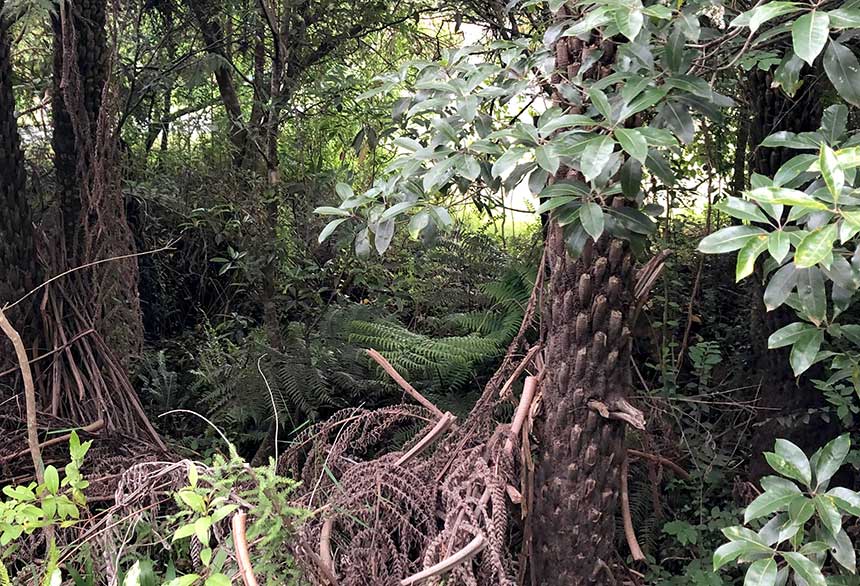 Most of this regrowth however dates back just to the 1980s when volunteers caring for the newly established Woodford Reserve commenced regenerating some plantings on the exposed hillside.

For the previous 150 years, the ground here had been kept open and cleared in line with its high quality value as firstly agricultural land and then as the playing fields for the Woodford Academy students. This open ground is dramatically shown in a 1943 aerial image of this locale. 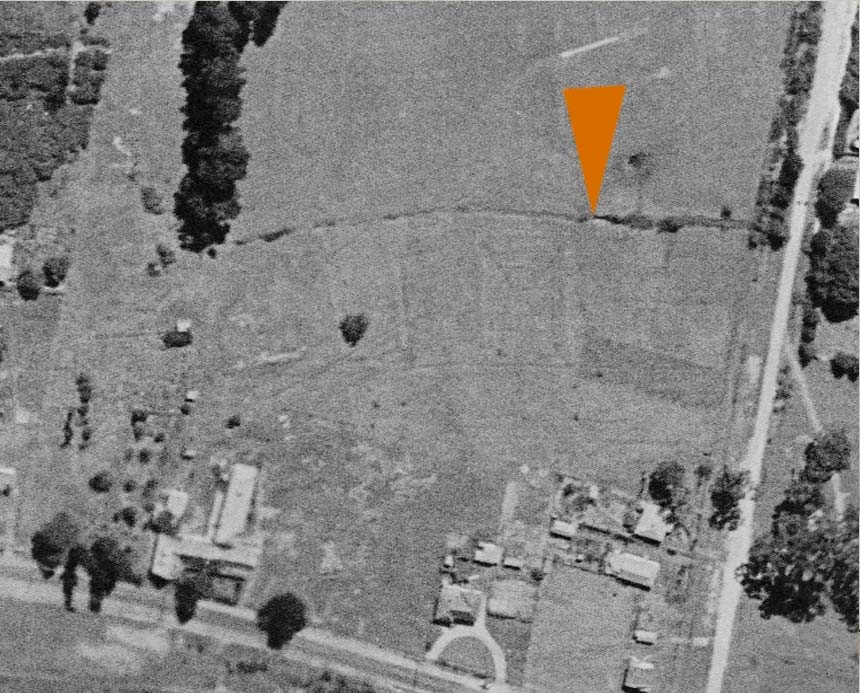 Looking closely at this image one can trace out the patterns in the ground surface that speak to how water was directed and channeled around the hillside. This would have assisted in the growth of the gardens and orchards for which the roadside inn here was renowned. The 1860s survey plan of the site shows the layout of the fenced areas in play at that time. 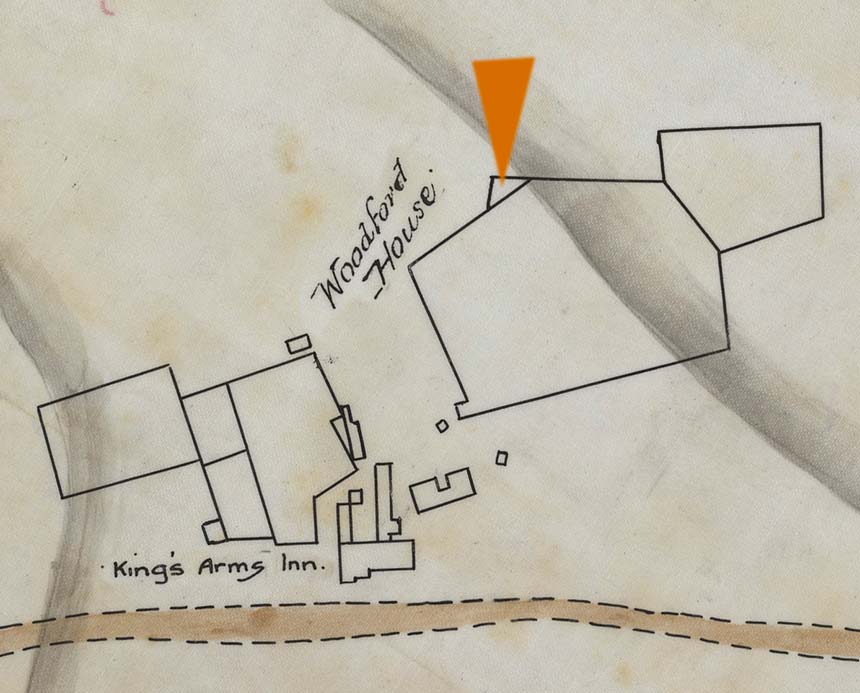 An interesting feature of this plan is the inclusion of a small triangular plot. This may well have enclosed the well in the creekline that still exists today amidst the surrounding scrub.

The value of this permanent water on site was featured in an 1863 advertisement promoting the upcoming auction sale (unsuccessful) of the Kings Arms Inn. It notes that in addition to the house water cistern collecting rainwater there was a "never failing supply of water from several springs". The well was likely to have been built as a local cistern to service the needs of the adjacent farmyards.

A feature of the advertisement is the way it notes the inclusion of two sheepyards and three stockyards on the property. This is a reminder of how the roadside providers in the 1860s needed to be moderately self sufficient. A busy hotel such as the Kings Arms would have kept a small herd of livestock on hand to cover their immediate dairy and meat needs.